Home / About us / Meet the Team / Faculty / John Dickson 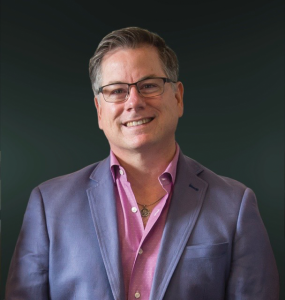 John’s story is eclectic. Starting out as a professional singer-songwriter, he now works as an author, speaker, historian, and media presenter. He was the Founding Director of the Centre for Public Christianity (2007-17). He has published 15 books, two of which became television documentaries, with a third, For the Love of God: How the Church is Better and Worse Than you Ever Imagined, released in Australian cinemas in June 2018. He teaches a course on the Historical Jesus at the University of Sydney, Australia, and researches the origins of Christianity in the Roman empire. He is an Honorary Research Associate at the University of Sydney, and during 2017-19 he is a Visiting Academic in the Faculty of Classics at the University of Oxford. In all that he does, whether in the media or the church, creative or academic, he strives to be a public advocate for the Christian faith in doubting times. Having lost his father in a plane crash at 9, John is sympathetic to the sorrows and questions of our world and values his wife and three children above all other gifts of this life.

Students will receive a significant boost as John teaches on-campus and online in a wide range of subjects. John’s approach will bring a ‘public Christianity twist’ to those subjects. This means that under John students will study the New Testament and Church History in order to better engage with contemporary society. He will teach an approach to evangelism and apologetics that works in a post-Christian context.

We respectfully acknowledge the Wurundjeri People, who are the Traditional Owners of the land on which the Ridley College campus is built.
Ridley College is an affiliated college with the Australian College of Theology, CRICOS Provider Code 02650E.
© 2022 Copyright. All Rights Reserved.