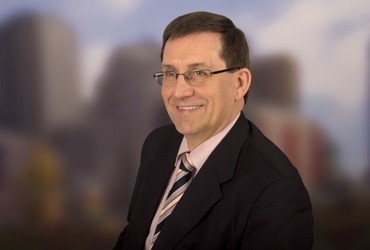 Ian Harper, Partner at Deloitte Access Economics and member of the Ridley Melbourne Board reflects.

There’s nothing like the death of a close friend to remind you of what really matters.  Last week, on successive days, I attended the funerals of an old friend and a young colleague, and gave the eulogy at one of them.  Death seems so final; such a full stop at the end of life’s sentence.

I’m always struck by what people say at funerals.  They remember the person they knew far more than the things they did.  Seldom do they say anything about what the person owned and never how much money they made, although possibly how much of it they gave away.

What people value is the quality of their relationships with the person who died.  After all, this is what they’ll miss.  Some of the deceased’s achievements will last and the wealth they accumulated will be shared around but the ability to relate―the catch-up over coffee, the unexpected phone call, the shared laughter, the hugs and kisses―this is what disappears and leaves those of us left behind feeling abandoned.

When my mother died, my father said it was like someone had torn off his right arm.  “You could still feel it but each time you looked there was nothing there.”

At Easter, Christians reflect on a very significant death.  It was untimely―Jesus of Nazareth was only 33 years old when he died, young even by the standards of the day.  It was violent―death by crucifixion was the cruellest method of execution reserved for the most despicable criminals.  And it was unjust―Pontius Pilate caved in to the demands of the mob even though he could find no grounds for sentencing Jesus to death, let alone death on a Roman cross.

Jesus’ death profoundly shocked and confused his disciples.  Didn’t he claim to be the long-awaited Messiah or Christ who would deliver the Jewish people from their oppression at the hands of the Roman Emperor, the latest in a long succession of tyrants to oppress the Jews?  How could such a deliverer be so easily despatched and show no signs of resistance?

If that was all there was to the Easter story, it would have been forgotten long ago.  How many would-be revolutionaries have ended up on the gallows or before the firing squad, never to be heard of again?  The death of Jesus of Nazareth would be just another political assassination, and there would be no Easter and no Christian church to celebrate it for that matter.

Christians remember the death of Jesus because it was like no other death before or since.  It was not a full stop.  The testimony of the gospel writers recorded in the New Testament is that Jesus did not stay dead but came back to life, with a resurrection body that was recognisable to his disciples, including the famously doubting Thomas, but which was also ethereal and could disappear from view.  After some time meeting and eating with his disciples, the Bible records that Jesus ascended into heaven to be with God the Father, where he lives still and from whence he will one day return to inaugurate the renewal of all creation.

The reason Christians celebrate Easter is not to remember the unjust execution of the founder of their faith but because, miraculously, this was not the end of his story.  The dramatic reversal of events that all human experience before and since associates with finality and irreversibility is the basis of one of Christianity’s most essential qualities―hope.  For Christians, Jesus’ resurrection from the dead affirms that nothing is beyond the redeeming grace of God and that death itself is not the final denouement it appears to be.

If death can be defeated, then nothing can separate us from God’s redeeming love, as St Paul writes in his New Testament letter to the Roman Christians.  But, by the same token, as Paul writes in another letter, if Jesus was not raised from the dead after all, then the Christian faith is “worthless” and Christians are to be pitied above all people.

You don’t need to be a believing Christian to be buoyed by the message of hope that Christians see in the events of the first Easter.  The chocolate eggs and bunny rabbits that fill supermarket shelves and department store displays at this time of year may seem tacky to the faithful but they symbolise the essentially life-affirming message of Easter.

We are surrounded by death every day; not just literal death but the figurative death of projects, businesses, and plans we might have for the future.  Things are always dying but the Easter message is that this is not the end of the story.  In the midst of death and decay there is new life (eggs) and life in abundance (rabbits).  And this is not just about life after death―the ‘pie in the sky when you die’ view of Christian hope.  Of course, this is a very real part of the Easter story.  But Jesus said, “I have come that they might have life and life in abundance.”  This refers to the here and now.  The abundant life we are promised is not one rich in material goods―that may or may not be our lot―but a life rich in hope and love.

The lives I helped to celebrate at the funerals I attended last week were both marked by hope and love.  Speaker after speaker affirmed the hope for better things, especially in the lives of others including children, that drove both people to give so much of themselves during their lifetime, and also affirmed the love they gave and received along the way.  The fruit of hope and love―human relationships―this is what people remembered as they looked back on lives well lived.

The simple message of Easter is that redemption is always at hand.  As desperate as things may seem, life bursts forth in the most unexpected way.  And the life we celebrate is marked by the love we share with one another in human relationships.  Happy Easter!

This reflection was first printed in the Australian Financial Review 17 April 2014.