The Turkey Study Tour initially caught my eye as it included a subject on the book of Revelation and the opportunity to see some biblical sites alongside seemed interesting too. That said I was ignorant prior to the tour regarding just how significant Turkey is in biblical history. As an Australian, references to Turkey had previously evoked images of defense force personnel in trenches at Gallipoli during WWI, a country far off in the Middle East and the land of the kebab.

As a Christian, I take what the bible says is true. Having said this it is one thing to be reading the various letters of the New Testament and quite another to be reading scripture aloud at the sites where the communities of the original recipients lived. It is one thing to read of the faithful witnesses at Pergamum (Rev 2:13) and the warnings against syncretism and accommodation. It is quite another to be standing at the modern-day site of Pergamum, which I think would surely inspire awe in anyone who visits with respect to the sheer size of the archaeological site, much of which has been restored with grand stone amphitheaters and multiple other relics. 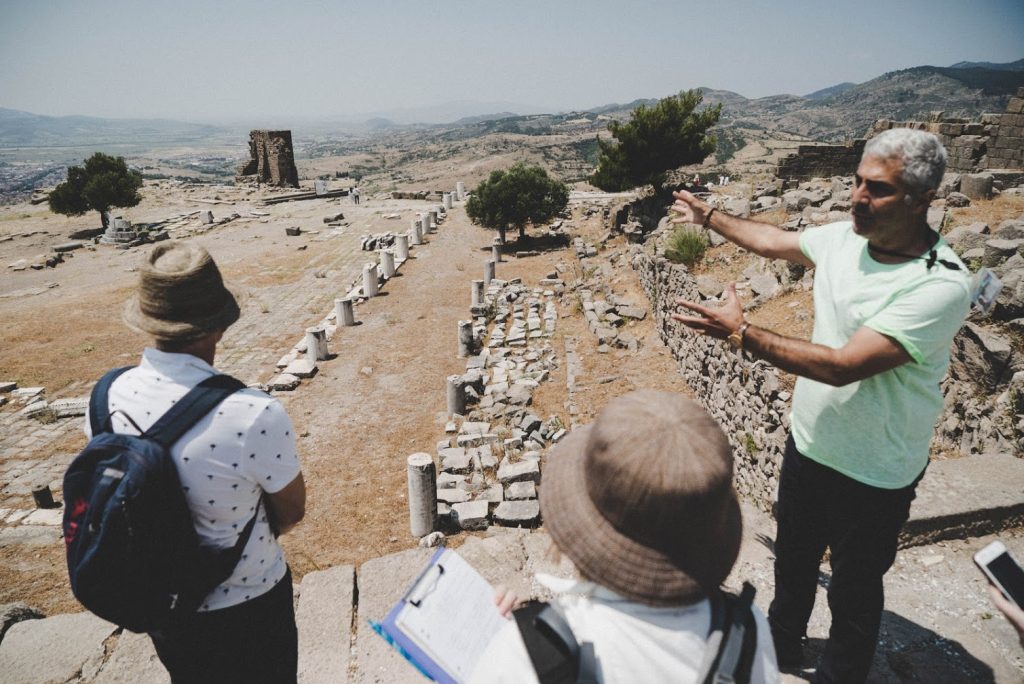 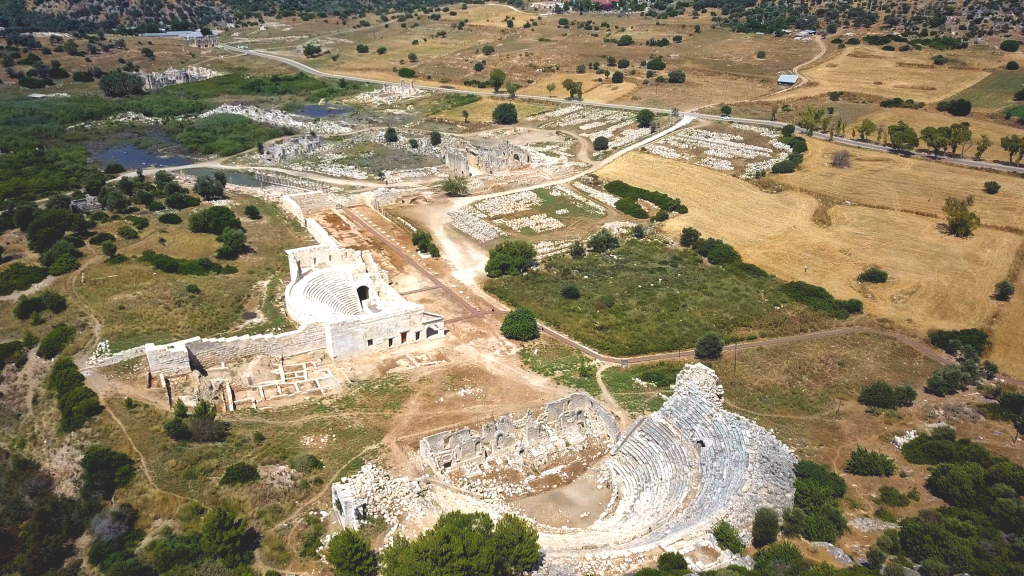 As a Christian, it is humbling to consider how incredibly difficult the life of the early Christians would have been in this context – the pressure to participate in local cult worship practices, to honor the ‘gods’ of the day (the emperors) and the social exclusion and worse that would likely have resulted from failing to do so. The ironic accusations the early Christians faced of ‘atheism’ for not submitting to these idols. There is certainly something in this for the 21st century Christian to contemplate today.

On our one-week sailing trip, we stop at the ancient ruins of Patara where Paul stopped on his way to Jerusalem (Acts 21:1). Patara beach is today a popular tourist spot, boasting an 18km stretch of sandy beach to enjoy along the beautiful waters of the Mediterranean. A little further along lies the story of ancient Patara, which has been excavated and contains the well-preserved relics of amphitheater, roads, Roman bathhouse and council buildings – and the site for one of our assignments. 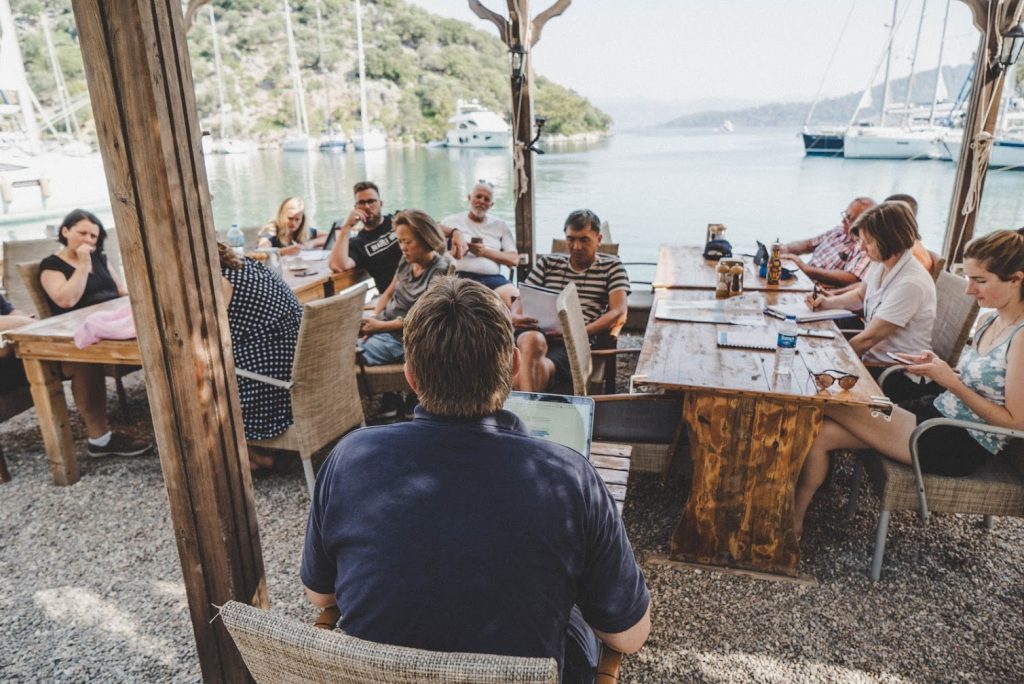 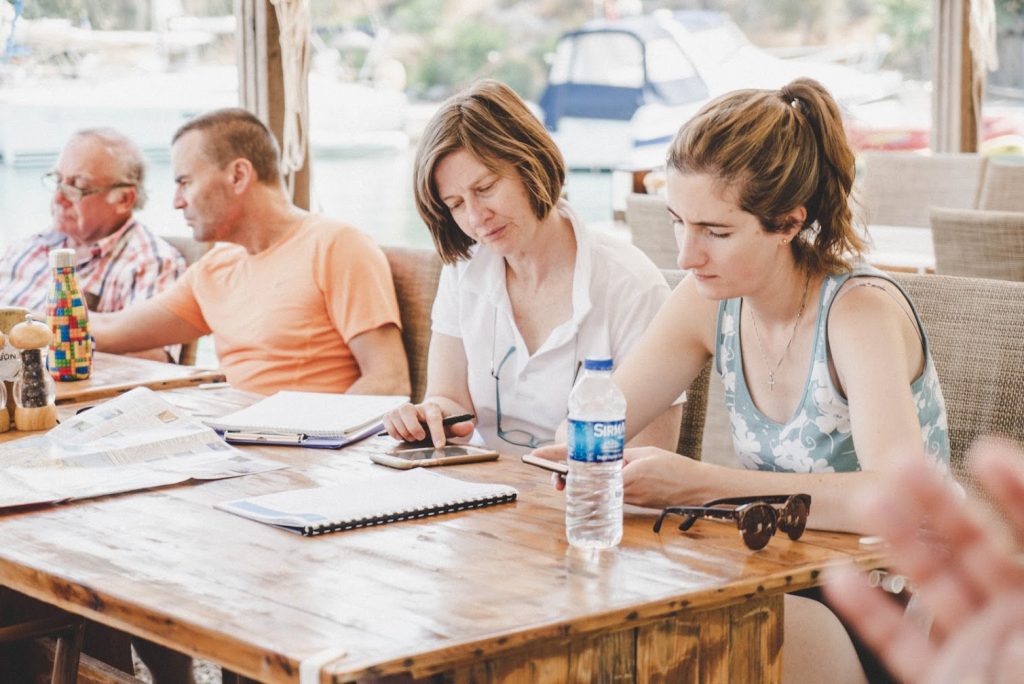 For us traveling for a week in modern sailing boats along the Mediterranean coast, this gifted some wonderful opportunities along with the challenges of living full-time on a boat for a week. For all the beauty that this part of the world presents I imagine it would have been quite a different experience to observe through the lens of the apostle Paul. Stunning sheer cliff-faces would surely have seemed insurmountable, storms on the sea in an ancient naval vessel - terrifying. It makes me wonder what sort of person this Paul we read about was…crazy? Or else completely sold out for the gospel he saw it as his mission to share – “For I decided to know nothing among you except Jesus Christ, and him crucified” (1 Cor 2:2). That the Christian faith could possibly have survived against the persecution faced by the early Christians and that the Christian faith could possibly have been propelled along the Mediterranean some 2,000 odd years ago seems highly unlikely - and I think emphasizes that this could not have occurred in human strength alone.

We respectfully acknowledge the Wurundjeri People, who are the Traditional Owners of the land on which the Ridley College campus is built.
Ridley College is an affiliated college with the Australian College of Theology, CRICOS Provider Code 02650E.
As mandated by the Victorian Government, Ridley College will require students, staff, contractors and other visitors
attending its campus to be fully vaccinated against COVID-19.
© 2022 Copyright. All Rights Reserved.