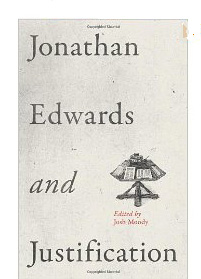 Josh Moody has assembled a team of internationally reputed Edwards scholars to ask and answer the question: What is Jonathan Edwards’s doctrine of justification? The contributors also examine the extent to which Edwards’s view was Reformational while addressing some of the contemporary discussions on justification. This volume helps us look at justification through the eyes of one of America’s greatest theologians, and speaks credibly and winsomely to the needs of the church and the academy today.

“This superb collection of essays provides insight and guidance not only for understanding the thought of Jonathan Edwards in his historical context, but for wrestling with the current debate regarding the doctrine of justification by faith. This volume will prove to be richly rewarding, theologically engaging, and spiritually edifying for students and scholars alike. Josh Moody is to be commended for bringing together this outstanding group of scholars for such a timely and thoughtful exploration of this important subject. I highly recommend this book.”
—David S. Dockery, President, Union University

“In 1734, at the beginning of the Connecticut Valley revival that ushered in the Great Awakening, Jonathan Edwards preached on the controversial doctrine of justification. Critics found ‘great fault’ with him for ‘meddling’ with it, and he ‘was ridiculed by many elsewhere.’ So today, those who engage in discussions about the nature of justification may find themselves the objects of criticism and ridicule, but the subject is a vital one, precisely because it has been and remains divisive. And it is particularly important in understanding Edwards, because his view on justification has been hotly debated. This volume combines informed historical context and contemporary appropriation, with the aim of considering Edwards ‘responsibly and correctly.’ What emerges is a balanced assessment of Edwards as an orthodox thinker, yet one with ‘creativity, spice, and derring-do.’”
—Kenneth P. Minkema, Executive Editor and Director, Jonathan Edwards Center at Yale University

“A significant work that advances the growing scholarship on Jonathan Edwards and contributes to the current debates on justification. These lucid essays demonstrate that the great biblical and Reformation teaching on justification is not a stale, dusty doctrine, but has ramifications for the vitality of the Church and the reform of society.”
—Dennis P. Hollinger, President & Colman M Mockler Distinguished Professor of Christian Ethics, Gordon-Conwell Theological Seminary