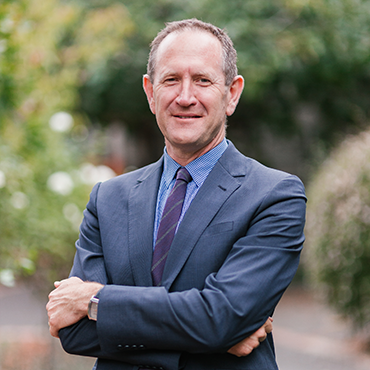 Christians sometimes disagree.  You don’t say!  This will obviously be news to no one.  The question is, what should we do when disputes arise?  At a recent Ridley Melbourne Pastoral Seminar we spent a day considering the question of what to do when Christians differ over matters of faith and conduct.  My paper looked at Paul’s teaching and practice on the subject.

The Apostle Paul considered some matters to be critical and effectively beyond dispute. Some things are of first importance, such as the fact that Christ died for our sins according to the Scriptures and that he rose from the dead to give us new life (1 Cor. 15:1-7). Paul stood uncompromisingly against those who perverted the gospel (Gal. 1:6-10).  And he urged that we steer clear of those who cause divisions and do not teach the gospel (Rom. 16:17).  It goes without saying, given his high view of inspiration (2 Tim. 3:16-17), that he would oppose any view in violation of the clear teaching of Scripture on a matter of belief or conduct.

On the other hand, Paul also taught that there are such things as disputable matters, subjects on which Christians may legitimately differ.  As it turns out, we owe the language of “disputable matters” to Paul himself.  In Romans 14:1 he told the Christians in Rome not to “quarrel over disputable matters” (NIV).  Other versions translate the phrase in question as “opinions” (ESV, NRSV) “scruples” (ASV) or “doubtful disputations” (KJV).

What was in dispute in the Roman churches?  In short, they were having a dust up over what to do with the Law of Moses.  Paul mentions two topics in particular, the restriction of diet (see 14:2, 21) and observing certain days in preference to others (14:5).

Whereas “the weak” in the church (probably mainly Christians from a Jewish background) kept Jewish kosher laws and observed the Sabbath, “the strong” (mainly Gentile Christians) did not.  Paul actually counts himself among the strong (15:1) and is convinced that the Christian believer may “eat anything” (14:2); believers in Christ are not under the law (6:14-15; 7:1-6).

The surprising thing is that while Paul holds to his own convictions, he did not insist that all the Christians in Rome agree with him.  Peter Adam puts it well (Gospel Trials in 1662, p. 56):

“If I had been writing Romans 14, I would have told those who were weak in faith, and still kept special days, to sort themselves out, and to know that they are justified by grace through faith, not by keeping special days of Jewish practice.  Paul, on the other hand, told the strong in faith to accept the weak in faith, and the weak in faith to accept the strong in faith.  Both the strong and the weak are answerable to God, not to each other.  So we must allow people to act differently in matters that don’t contradict the gospel.”

Paul was tolerant of Jewish Christians who wished to continue traditional observance.  Acts 16:1-3 (where Paul circumcises Timothy) and 21:20-26 (where Paul purifies himself and goes to the temple) are suggestive of Luke’s understanding of how Paul would actually behave like a Jew for the sake of the progress of the gospel among Jews.  For Paul there is nothing inappropriate about keeping certain laws as a matter of tradition or preference, as long as such law-keeping is not imposed on Gentiles, does not become a salvation issue and does not undermine the fellowship of brothers and sisters in Christ (cf. Gal. 2:11-14).

Paul was keen to put disputable matters in perspective.  In 14:17 he plays down the significance of the food laws and tells the church what is really important: “the kingdom of God is not a matter of eating and drinking, but of righteousness, peace and joy in the Holy Spirit” (14:17).

Whereas Paul can speak of the kingdom of God as a future inheritance (as in 1 Cor. 6:9-10; 15:50; Gal. 5:21), here it is a present reality in the life of Christians (as in 1 Cor. 4:20).  And the character of this life under God’s rule is described in terms of “righteousness, peace and joy” springing from the Spirit.  It is no accident that two of these three qualities appear in the fruit of the Spirit in Galatians 5:22 (viz., “joy” and “peace”).

What Paul underscores in Romans 14:17, is primarily to do with conduct, but it is conduct arising from the gospel. What Paul stresses as vitally important in Romans 14:17 is simply the outworking of our justification and reconciliation to God for our corporate life in the kingdom of God: Being declared righteous with God must lead to righteousness in human relationships; Finding peace with God must lead to living at peace with others; In other words, the joy of being right with God and Christian hope should spill over into the joy of Christian fellowship.

What counts in the kingdom is right relations in the community – “righteousness,” and harmony and mutual support among believers – “peace.”  When these two are in place the result is “joy.”  “Righteousness, peace and joy” are each manifestations of life in step with the Holy Spirit.  In other words, Romans 14:17 indicates that squabbling over secondary matters puts at risk the health and happiness of the church.

As you read on in Romans, it becomes clear that when it comes to disputable matters behaving badly also puts in jeopardy the progress of the gospel.  In chapter fifteen Paul transitions to discussing his purpose and agenda as an apostle of Jesus Christ.  Paul’s driving purpose is to proclaim Christ so that the Gentiles would come to faith in Christ and bring praise to God (15:7ff).

For Paul’s mission to succeed he needs the Roman Christians, both Jews and Gentiles, to accept one another, and not to squabble, so that with one mind and voice they might glorify God (15:6).  The same goes in our day.  United churches are a precondition for the effective proclamation of the gospel.

With so much at stake, how should we behave when we disagree on secondary issues?  Romans 14 gives us four pointers.

First, with disputable matters, each individual is to act in accordance with their own convictions (Rom. 14:5-6).  As Paul states in Romans 14:22: “the faith that you have, keep to yourself before God.”  It’s not that disputable matters are of no importance.  After all, some of them concern how we conduct our lives.  But each one of us is responsible directly to God on such matters.

Secondly, it follows that with disputable matters we are not to judge or despise those brothers or sisters who take a different view, but rather welcome one another (14:1-9; 15:7).  Significantly, the lordship of Christ is the basis for Paul’s appeal at this point: “Who are you to judge someone else’s servant?  To their own master, servants stand or fall. …  Each of us will give an account of ourselves to God.”

Thirdly, with disputable matters, the goal is to behave in such a way that “promotes peace and mutual upbuilding” (14:19).  The implication is clear.  Not to behave well will lead to strife and demolish the church.

Fourthly, some flexibility in disputable matters may in certain circumstances be necessary.  We are not just “to please ourselves” (15:1).  Rather, “each of us should please our neighbours for their good, to build them up” (15:2).  In doing so we act in imitation of Christ, who “did not please himself” (15:3).  Not surprisingly, the New Testament calls to unity frequently include a call for humility.

Obviously, the question of disputable matters is of keen interest for practical reasons.  Perhaps what is most striking about Paul’s treatment in Romans 14-15 are the impressive theological foundations of his instructions.  He appeals to the lordship of Christ, the imitation of Christ, the work of the Spirit in the Kingdom of God, and the glory of God as the ultimate goal.

This article first appeared in The Melbourne Anglican December 2013, No521 “Sometimes it’s all right to disagree”