Home / Principal's Blog / The Image of God as Son of God 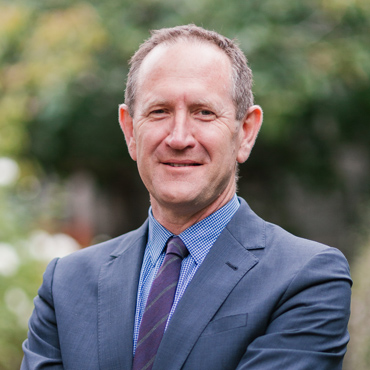 The Image of God as Son of God

Principal, Brian Rosner, on what it means to be made in the image of God.

What does it mean to be made in the image of God? The context of the notion in Genesis 1 and in the ancient world and its usage elsewhere in the Bible are the keys to its interpretation.

In the context of Genesis 1 the image of God is connected to humanity’s role of ruling over creation. In 1:26 God makes mankind in his image and likeness “so that they may rule” over the other creatures in God’s world. And in 1:27-28 the males and females are created in God’s image in order “to fill the earth and subdue it” and to “rule over” it.

Some of the background to the notion of an image in the ancient Near East ties in with this function. Kings were thought to be the living image of a god and to embody the divine rule – the Pharaohs of Egypt being a clear example. An image or statue of a king might also be regarded a visible representation of the monarch’s rule.

So the literary context in Genesis and the cultural context point in the same direction. The image of God is associated with humanity’s rule over creation on God’s behalf.

The Image and the human family

What about usage? How is the language of image and likeness used elsewhere in the Bible? Genesis 5 defines it in terms of family relationship:

This is the book of the generations of Adam. When God created man, he made him in the likeness of God. Male and female he created them, and he blessed them and named them Man when they were created. When Adam had lived 130 years, he fathered a son in his own likeness, after his image, and named him Seth” (Gen. 5:1-3).

Genesis 5:1-2 contains a clear allusion to the creation of mankind in the image of God in Genesis 1:26-28. Both texts use the language of the “creation” of “mankind” as “male and female” in “the likeness of God.” And Genesis 5:3 describes Adam’s son Seth in language that echoes the creation of the first humans: “Adam … fathered a son in his own likeness, after his image.” As his offspring, Seth bears the image and likeness of his father Adam.

Two New Testament texts support the idea that to bear the image of God is to be God’s child. First, in Acts 17 Paul cites the Greek poet Aratus to affirm that all human beings are in some sense children of God: “we are his [God’s] offspring” (Acts 17:28). Secondly, and even more significantly, there is the genealogy of Jesus in Luke 3. The list of Jesus’ descendants begins with the intimation that Jesus “was the son (as was supposed) of Joseph” (Luke 3:23). Some three dozen names later it concludes in Luke 3:38 with “the son of Enosh, the son of Seth, the son of Adam, the son of God.” Is Adam the son of God by virtue of being made in the image of God? In recent years a number of scholars have taken the view that “the image and likeness of God” is the language of family relationship. For example, Graeme Goldsworthy argues that “image and likeness are terms of sonship.” John Dickson writes that “the image of God means that men and women stand in a filial relationship to God; they are his offspring, as it were. They bear the family resemblance.” And Greg Beale holds that “Adam was conceived of as a ‘son of God,’” appealing to Genesis 5:1-3.

“ Jesus is God’s true and perfect Son, into whose image we are being remade and renewed. Once we understand the image of God aright, sonship is seen as a central category not only for redemption but also for creation and new creation. ”

John Calvin does not specifically equate the image of God with being a child of God. However, as Julie Canlis states: “In the garden, Adam is portrayed by Calvin as the loving son, surrounded with signs of the ‘paternal goodness’ (Institutes I. 14.2) of God. … Adam has no fear at the sight of God, whom he is able to identify as Father.”

This understanding of “image of God” unites and enriches the older theories which thought in terms of attributes or capacity (see examples in Michael Jensen’s post). A child is like his father, represents his father, undertakes his father’s occupation, bears some resemblance to his father, and so on. The traditional views of the image of God are not so much wrong as incomplete.

Following the Fall humanity’s status as God’s offspring remains intact. However, full sonship has been forfeited and to be part of God’s family as his children we need to be “adopted as sons through Jesus Christ” (Eph. 1:5). Sonship here and elsewhere includes both male and female believers. Retaining the language of sonship in translation, as long it is understood to be generic, reminds us that we are part of God’s family, God’s sons with full rights of inheritance, thanks to the Son of God.

Recognising the sonship dimension to the image of God contributes to a more unified biblical theology of sonship. It provides a preface to the story of God’s adoption of Israel, David and believers in Christ as his sons by through the work of Jesus Christ, the Son of God. It also makes more sense of Jesus Christ as “the image of God.” He is God’s true and perfect Son, into whose image we are being remade and renewed. Once we understand the image of God aright, sonship is seen as a central category not only for redemption but also for creation and new creation. As Henri Blocher states: “In the Son we become sons, an act of grace which fulfills and transcends our primeval quasi-sonship,”[1]

[1] H. Blocher, In the Beginning: The Opening Chapters of Genesis (Downers Grove: IVP, 1984) a reference to Adam and Eve as image bearers and sons of God.