Kas is a modern sailing Marina, with showers and Wi-Fi, and millions of dollars’ worth of yachts and cruisers. It feels like a Turkish version of the Gold Coast! Showers and Wi-Fi mean the group is very happy!

In the morning I hear the Muslim call to prayer, and whilst struck by how the gospel spread quickly throughout this region in the first century, I'm also struck by how a region so essential to the spread and history of early Christianity has changed so much over time that it is now profoundly Muslim. 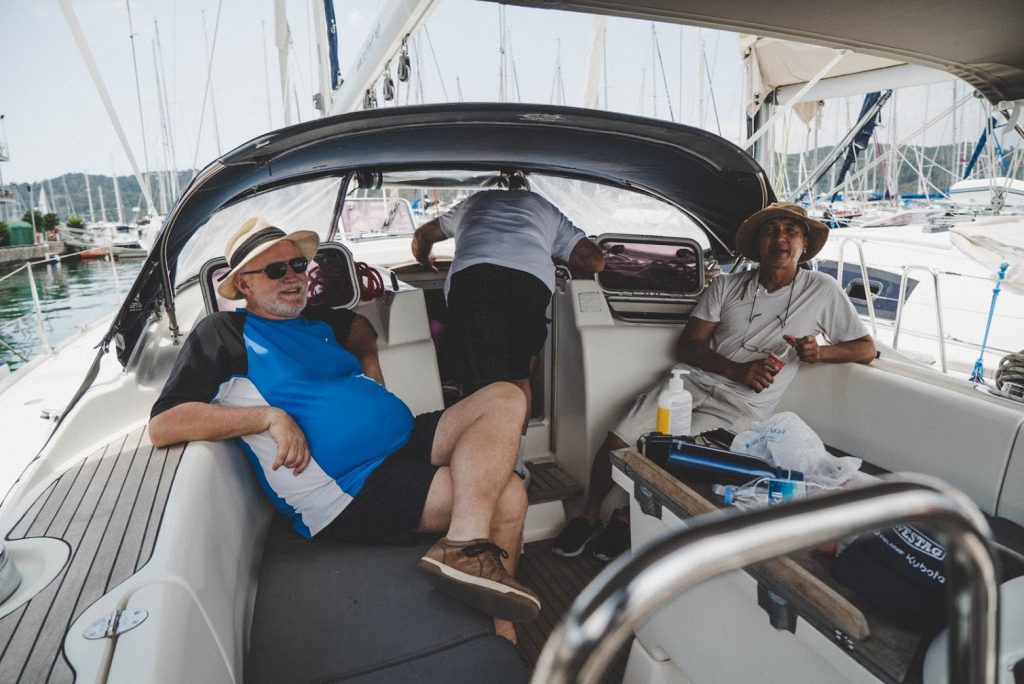 As we head off from Kas, Tim announces we have the task of getting ourselves and the boat from Kaz to Saint Nicholas island. The day’s sailing has suddenly become a leadership and team-building activity. Probably not a bad plan as we are traveling up from the southern end of our voyage and we need to use the day to cover the distance.

Saint Nicholas island is apparently there the remains of St Nick were buried. It was a Medieval pilgrimage site with people visiting on their way down to Jerusalem. I suspect the real history is simply that people needed a place to stop partway on their journey. Even though I'm skeptical, and detest the implicit superstition of the place, I do enjoy looking at the ruins. I’m constantly blown away by ancient sites.

I came on this study tour, thinking the sailing was just a way to fill in some time in the itinerary. My real motivation was to get a proper handle on the Book of Revelation and to understand the Greco-Roman world of Asia Minor. Visiting the places that the Apostles ministered, and even died, for the gospel and appreciating the context for their ministry has been incredibly rewarding. I only wish I had done it when I was 28 rather than 58.

I’ve been really surprised. The sailing has been fascinating. Seeing the coastline as Paul would have viewed it, being on the water, subject to the wind, and trying to imagine the experience of Paul: Both as he traveled freely to Jerusalem even though the Spirit was warning him, and then as he traveled in bondage to Rome. Sailing is a slow means of transport, so Paul must have had a mountain of time to reflect. His journeys weren't impulsive but rather deliberate. He chose to go to Jerusalem, he willingly went to Rome!

The sailing challenge is an enjoyable day on the water. Even though none of us know what we're doing, we are able to get ourselves organised. Mel volunteers me to be the captain! I'm not sure why, but given the job, I embrace it and make things happen. People volunteer for various jobs that needs to happen. Everyone seems OK with what they can contribute. Meredith wants to be our navigator, Clive takes the helm, Andrew volunteers to cook, Chin and Sarah volunteer to be deckhands, Mel heads off to recharge her batteries after some tiring days of site visits, and Phil sits at the front of the boat reading a book. We jokingly call him our Bishop. It’s reassuring to have him there but we hope he doesn’t need to get involved. 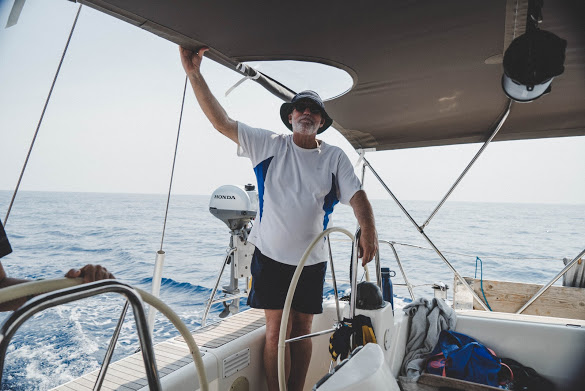 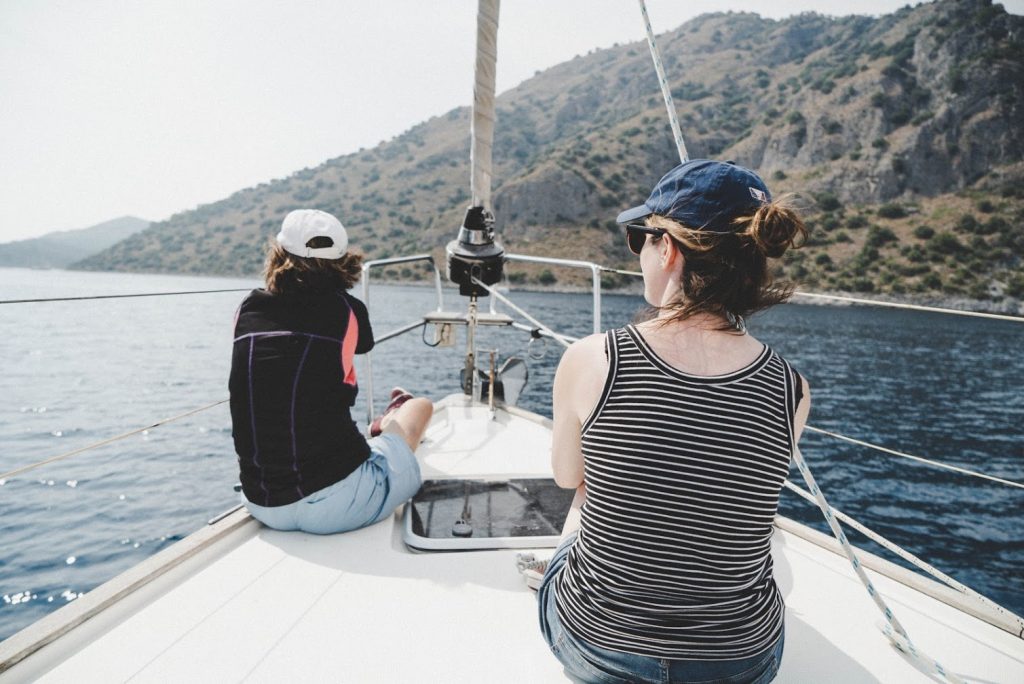 Our goal is to reach Saint Nicholas island safely. And we want to have fun! Once we get out of port, we begin in the morning singing some songs and reading the Bible, we pray and we have morning tea. A good start.

Our first challenge is to determine our course. The navigation guide takes us through a narrow channel between two islands. Some want to go through the gap, whilst others want to take the long course around the island on the seaward side. Everyone expresses an opinion, and we decide on the conservative course as a way to care for our more nervous crew. The other boat disappears into the distance but that’s okay. It’s an exercise in grace. And this isn’t a high ropes course where we need to force people to face their darkest fears. It’s more like caring for the weaker brethren!

It’s a beautiful day. Stunningly beautiful in every way. But not enough wind to sail. Unfortunately, we need to use the engine. Midway, we decide to stop for lunch off the beach at Petara, and have a quick swim off the back of the boat. Andrew delivers a gourmet treat and we all thank God for giving us such a gifted volunteer in the kitchen! Thank you Lord!

Apparently the other crew has been seeing this a competition!

Once we’re underway again, we catch up to the other boat who had also stopped for lunch.  Apparently the other crew has been seeing this a competition! Not sure why. So we find it pretty funny to think the other boat has been racing, and not only haven’t we noticed, but we also are winning!

My reflection on ministry is that God gives us a job and we are to get on with it to the best of ability, using the gifts he gives us by drawing out and appreciating both what everyone needs and what they have to offer. Our task was to get safely to St Nicholas Island, and we did it. It’s not a race. We each simply need to do the job we’ve been given. Christ has given us the task to build his church: caring for each other and bringing others into a relationship with Him. 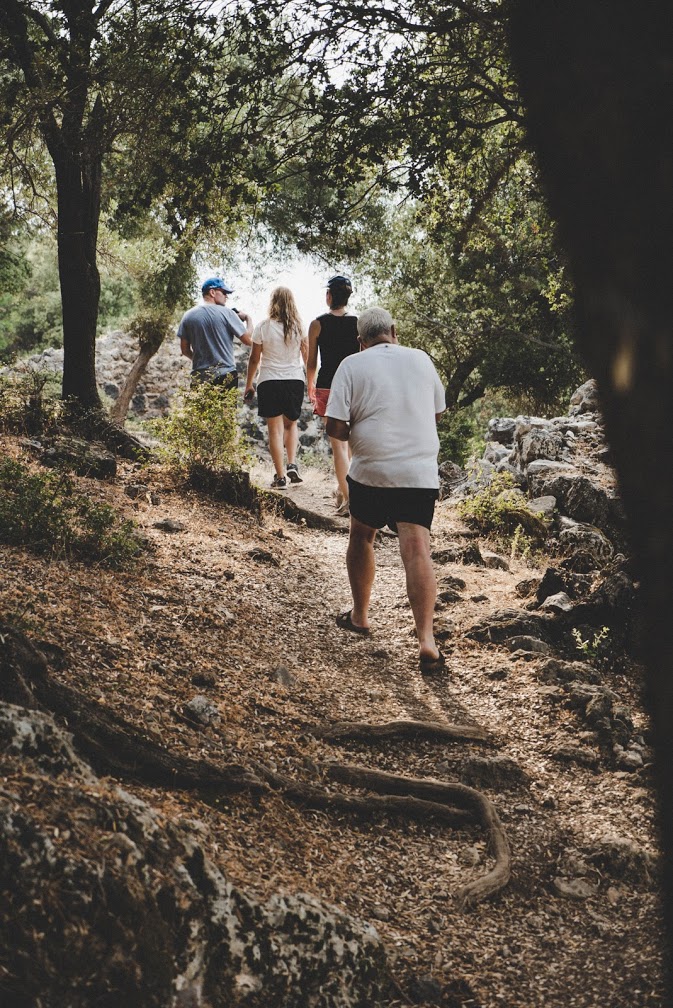