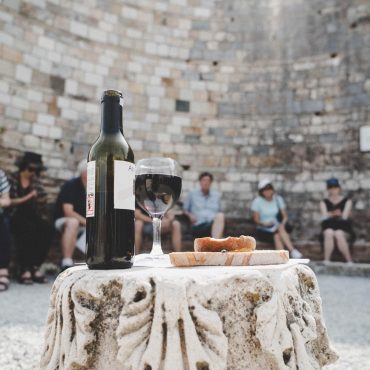 Communion in the COVID-19 Crisis

We all have to make sacrifices. So communion has got to go. Let me explain.

I love the Lord’s Supper – it is a big part of my personal spiritual discipline. It joins all the dots for me: a focus on Christ’s atoning death, personalised address from my minister, taking part in community life, a challenge to stand up and be visible as a believer, getting ready for heaven’s banquet. I find it encouraging to hear familiar words week by week from the prayer book but I recognise that won’t be everyone’s experience. A friend once said that he got to know me in a new way when I explained why I love communion so much. As a single man, going to church more generally, and communing with the Lord more particularly through bread and wine are profoundly encouraging rhythms in my life. I have felt the sadness and confusion this week as friends have debated the role of the Lord’s Supper during the covid-19 crisis. Yet my personal grief can’t be understood in emotional terms alone. It has to be understood within a theological and social framework as well.

It is time to decentre communion. In many Anglican churches we celebrate the Supper weekly, or more often. Since 1937 when The Parish Communion was published, Anglicans have increasingly given priority to weekly celebrations but this was an innovation in local churches at the time. Formerly (and in some circles even today), Anglicans’ primary service was Morning Prayer, with communion for some happening before or immediately after that service. But in the present crisis we seem to have forgotten much of that history. It has been great to see how many clergy have been chatting online about how communion will work under new conditions, but we need to remember that we don’t have to have communion regularly at all. The prayer book only asks us to participate in the Lord’s Supper three times a year, which is (as it turns out) much like the experience of Christians before the Reformation. OK, monks and nuns did participate in the mass more often! But in the sixteenth century, Protestants, even if they wanted to participate in the communion weekly, often only managed it monthly. In the Scottish Highlands, there weren’t enough ministers or churches to offer communion more than perhaps four times a year. In the American colonies, believers in remote locations had to go without the bread and the wine for long periods of time. John Wesley broke the rules by ordaining men for the Methodist church in America so that those on the frontier could partake with more predictability.

In the present crisis, there will be lots of pressure to confect some kind of online experience of the Lord’s Supper because we have grown used to regular communion, and as consumers (or “communers”?)  the customer is always right. Some churches will film the minister celebrating the Lord’s Supper and taking the elements on behalf of those watching. This is sometimes known as spiritual communion. Some churches will use the words of institution, the words that Jesus used on the occasion of the Last Supper, and expect that those watching will have their own bread and wine available to partake. Still, others will encourage family groups to do their own thing. In some circumstances, the minister might lead a communion service in someone’s home or garden on their visitation rounds if it is safe and legal. I understand that there will be quite a range of responses, each with differing outcomes and regional variations. I take it that the way we conduct the Lord’s Supper is a matter of secondary importance – during a crisis or even under normal conditions! Though I have committed myself to Anglican discipline in these matters, I recognise others as brothers and sisters despite our differing practices and theology.

“I want to make the case that it is better to forego communion for the time being than pursue a practice that might have dangerously unforeseen consequences after the crisis has passed.”

But here I want to make the case that it is better to forego communion for the time being than pursue a practice that might have dangerously unforeseen consequences after the crisis has passed. Do we really want to become observers of the priest taking the bread and the wine? How will this change our theology when the crazy time has passed? I can genuinely see why some might want to encourage small groups to conduct communion services in their own homes. But this changes the purpose of communion, such that it is reduced to individual preference, without factoring in the long-range good of the fellowship, learning to wait on each other, or to build up the body. In Anglican churches celebrating communion is tied to a relationship of accountability with the minister and the bishop, which promotes the godly notion of being part of the church catholic, and so, for this reason, Anglicans believe that communion is a function of ordained ministers alone. If communion is about celebrating the deep unities we share, with the Lord and with each other, any kind of arrangement in online settings will be impaired, for part of the rite is not just remembering some theological truths but is more profoundly a corporate enactment of the story of salvation as a result of Christ’s command. Some people will no doubt uphold the view that a compromised experience is better than no experience at all. But I am not persuaded.

Clearly for the time being, we have to reconcile ourselves to the fact that our goal in online settings cannot be to replicate all that the church should be, because these are weird days. A ministry of the Word and prayer, highlighting the promises of God, is better suited to digital communication. Words can travel great distances and not be compromised. Promises are primarily received by the ears. God’s power is communicated first of all through the witness and words of the Scriptures. We are not short-changing our people by offering sermon, songs and supplications alone. But communion is different from – though dependent on – the ministry of the Word. Tongues and touch require proximity to be effectively engaged, and how great it will be, at some time down the road when gathering on Sundays returns, when we get to pass the peace, embrace one another and receive the bread and wine in our own hands! Standing up in a public setting to own the new covenant is not easily transposed into the private and domestic sphere. There are warnings attached to participation in the Lord’s Supper in 1 Corinthians 10 and 11, but nowhere in the New Testament are warnings attached to non-Christians hearing a sermon. We would love for outsiders to listen in to a sermon through an online service, but I don’t want unbelievers to mock up a communion service in their loungeroom. I agree with the Articles that theologically the Protestant church is focused on a ministry of Word and sacraments. But sacrifice is something Christians should be good at as well. To sacrifice the sacraments temporarily in a period of national crisis does not mean that I have failed in my Reformed convictions. Instead, I want to preserve the deep purpose of the sacraments and not give in to panic and pragmatic pressure in the first weeks of not meeting together. Compassion for our people can be expressed in ways other than by offering them the bread and the wine. Too much is at stake.

As Bonhoeffer so eloquently said in the opening of Life Together:

‘It is by God’s grace that a congregation is permitted to gather visibly around God’s word and sacrament in this world. Not all Christians partake of this grace. The imprisoned, the sick, the lonely who live in the diaspora, the proclaimers of the gospel in heathen lands stand alone. They know that visible community is grace. They pray with the psalmist: “I went with the throng, and led them in procession to the house of God, with glad shouts and songs of thanksgiving, a multitude keeping festival” (Ps. 42:5). But they remain alone in distant lands, a scattered seed according to God’s will. Yet what is denied them as a visible experience they grasp more ardently in faith.’