Home / Bible & Theology / Yes, Jesus existed … but relax, you can still be an atheist if you want to 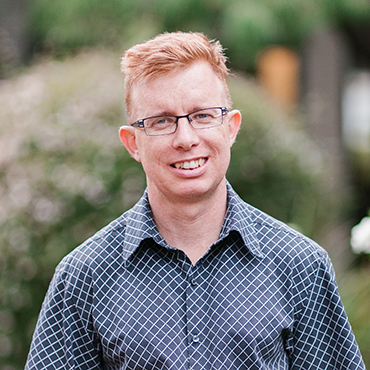 Yes, Jesus existed … but relax, you can still be an atheist if you want to

I finally read with great reluctance Mr. Raphael Lataster’s piece published by The Conversation, entitled “Weighing up the evidence for the ‘Historical Jesus’”. My hesitation was justified; the article turned out to be just another attempt to propound the ideological holy grail of fringe atheist groups, namely, that Jesus never existed. Now I am normally a cordial and collegial chap, but to be honest, I have little time or patience to invest in debunking the wild fantasies of “Jesus mythicists”, as they are known.

That is because, to be frank, those of us who work in the academic profession of religion and history simply have a hard time taking them seriously. They are the equivalent of climate change deniers or 9/11 conspiracy theorists. None of them are bonafide academics with tenure at a respected institution in this field, have peer-reviewed publications, and are recognised as experts in their area.

The Jesus mythicists are a group of enthusiastic atheists who through websites and self-published books try to prove the equivalent of a flat earth. I serve on the editorial board for the Journal for the Study of the Historical Jesus, where we have an editorial team of people from all faiths and none, celebrated experts in their fields; and I can tell you that the Jesus mythicist nonsense would never get a foot in the door of a peer-reviewed journal committed to the academic study of the historical Jesus.

Let me take you through a few of the innumerable problems with Mr. Lataster’s thesis.

First, Mr. Lataster does not acknowledge that the Jesus myth view has been around for over 100 years, and that every time it raises its head it gets shot down by a barrage of criticism. There is a reason why this view is the sole possession of an energetic bunch of fringe atheists and has never been entertained as a possibility by experienced and respected scholars working in the field of Christian Origins.

Second, Mr. Lataster complains about the lack of early sources. Well, what do you mean by “early”? Paul’s letters are written about 20-30 years after Jesus’ death, and the Gospels about 50-70 years after his death. Our oldest piece of papyrus with a fragment of John 18 is P25 and is dated to about 125-150 CE. Authors like Josephus, Pliny the Younger, Suetonius, and Tacitus from the late first and early second century wrote about Jesus too.

That sounds pretty early to me, at least in comparison to other historical figures. For example, there is a gap of over 200 years between the death of Alexander the Great and our first known biographies of him written by Diodorus Siculus, Plutarch, and Arrian. These biographies include miracle stories, legendary development, hagiography, and are heavily edited accounts. One could employ the same arguments that Mr. Lataster uses to dismiss these sources to prove that Alexander the Great did not exist.

The complaint that the earliest sources portray the “mythical Christ of faith” is a classic case of assuming what you’re proving. But let’s indulge the argument for a moment. I wonder if we might say the same thing about Roman historians. Let us remember that the historical Gaius Octavius was known principally through the lens of Roman veneration of him as “The Divine Augustus,” an object of worship in the state-sanctioned imperial cult, complete with temples and priesthood across the eastern Mediterranean. Should we dismiss all Roman sources because they appear to be written from the perspective of the Augustus of faith? Same argument, but I don’t hear any Roman historians claiming that Octavius did not exist.

Third, on the witness of Paul the Apostle, Mr. Lataster’s claims that his letters in the New Testament represent only a “heavenly” Jesus are simply false. Paul knows that Jesus was born into a Jewish family (Galatians 4:4), he taught about divorce (1 Corinthians 7:10-11), he had a final meal with his followers (1 Corinthians 11:23-26), and he was crucified (1 Corinthians 2:2; 2 Corinthians 13:4; Galatians 3:1). While Paul was not an eyewitness to Jesus as far as we know, he certainly met eyewitnesses to Jesus in the persons of James, John, and Peter (Galatians 2:1-10). Lataster seems to regard Paul as historically spurious because he did not write a biography of Jesus. An odd reason to dismiss him as an authentic source.

Fourth, what I find absolutely flabbergasting is that Mr. Lataster rejects the account of Jesus by secular and non-religious historians like the late Maurice Casey and Bart Ehrman in favour of the conspiracy theories of amateur atheist historian Richard Carrier. The late Prof. Casey was a recognised expert in first-century Aramaic, source criticism of the Gospels, and the evolutionary belief in Jesus’ divinity. Prof. Ehrman is a recognised expert on the textual criticism of the New Testament and something of a celebrity sceptic who writes one book after another debunking various elements of Christianity, such as the resurrection. Casey and Ehrman have both written animated attacks on the Jesus mythicist theory and pretty much laid waste to it.

Let me emphasise that Casey and Ehrman are writing from a post-faith position which is even, at times, somewhat anti-faith. That is not to discount the work of believing historians (as Lataster breezily does); but these two can hardly be accused of toeing a religious line.

On the one hand, then, Mr. Lataster nonchalantly mischaracterises and dismisses Casey and Ehrman, without engaging their actual arguments against the mythicists. On the other, he eulogises Carrier’s crazy thesis without batting an eyelid. This is a telling failure to discern good scholarship.

Fifth, the majority of scholars would probably adopt a check-list of ten events attributed to Jesus which they are fairly confident about:

Beyond that, a lot of things are up for debate; but there is a fairly wide consensus on these events about Jesus.

Sixth, Mr. Lataster’s article clearly emerges out of his self-published book, There Was No Jesus, There Is No God – a title that unveils his purposes. Lataster is not writing an independent and unbiased account of Christian origins; he seems to be writing an apologetic tract for his tribe, providing solace to his atheist friends who are concerned that this Jesus thing might be a bit too real for their comfort. To them I say, relax. There are substantial reasons why one might choose to reject Christian belief; but the question of whether Jesus existed is not one of them. Even if there is no God, there was still an historical Jesus.

This article was first published on Online Opinion