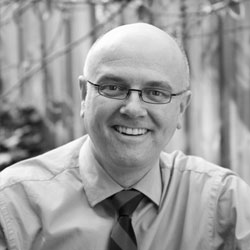 Hope Beyond A Fragmented World

We regularly recognise that our world is highly fragmented. Our work, study, friendships, leisure pursuits, and church involvement see us gathering in different places around the city. We hear media sound-bites which attempt to break complicated narratives or arguments down into easily digestible portions, which in turn loose coherence through loss of context. In a globalised world, we maintain relationships on several continents through Facebook or Twitter, while wearing clothes manufactured, perhaps unjustly, on several more. And amongst evangelical Christians, who rightly prize heart religion and the importance of experiential faith, fragmentation becomes our identity: the story we tell is highly individualised and prone to expression without reference to the bigger story of the people of God and his purposes for the world and the church. To put things back together again, we need the help of Reformed theology.

Like Jonathan Edwards, a mentor for me in theological reasoning, or many thinkers before him, I am Reformed because I see no better way of putting together God’s work in creation and history with God’s work in regeneration and redemption. There is a profound connection between every part of reality which this theological tradition highlights. The label is of course potentially arid, and there are many today who are suspicious of its intent, but the project which it summarises is needed more than ever to enhance our experience and vision for human flourishing. In the sixteenth century, the agenda espoused by Lutherans broke reality up further by asserting a contrast between law and grace, or by failing to reconcile the authority of the magistrate with the authority of the minister. The Anabaptists, on the other hand, deliberately forced apart ecclesial reality and governing authority. Theirs was a separation of church and state long before the American Revolution. It was the Reformed in Switzerland, who by drawing on ancient and medieval templates, created a renewed theological model to explain theologically how all things will be brought together under Christ the head. Their doctrines of providence are inspirational.

Working out how to unify or reconcile our knowledge of ourselves with our knowledge of God is the opening theme of Calvin’s Institutes. Questions of how the creation fits into God’s purposes for redemption, how our sin and the world’s evil work within the divine decrees, how union with Christ connects with justification, indeed how Christians might explain their supernatural faith using the categories of human rationality have all been taken up by Reformed thinkers who pursue through systematic and apologetic strategies a vision of wholeness and harmony. The Dutch have been particularly good at it, with a Reformed theologian, Abraham Kuyper, becoming the Prime Minister of the Netherlands at the beginning of the twentieth century. With the Word as the one through whom the world was created and is now its sustainer, our salvation should be understood as part of the larger purposes of the Kingdom of God. The glory of God, and not the doctrine of salvation, is the chief theme of the Scriptures. The danger of course amongst Reformed thinkers has been to resort to highly scholastic terminology and ever finer philosophical distinctions to express their otherwise laudable worldview, but we ought not to throw the baby out with the bathwater. An idea might be abused, but that doesn’t mean it ought never to be used.

When Dietrich Bonhoeffer was studying in New York City before the outbreak of World War II, he observed that much of American Christianity could be described as Protestantism without the Reformation. An intriguing insight, and one no less pertinent in Australia. He meant, of course, that a commitment to a personal experience of the Lord has been the evangelical story in much of the English-speaking world. We have become expert in protesting, in asserting our rights to pursue vital piety, in guarding our conscience from any intrusion by priests or princes. What we have done much less well is tell the story of salvation at the same time as placing it within the historical context of the sixteenth century, which did not isolate individuals from their social milieu, nor presume that church was merely a sweetener for an otherwise robust Christian experience. Nor have we done well in placing the story of salvation in cosmic terms: God is renovating the whole world, of which my own regeneration is but the firstfruits. Evangelical convictions, perhaps inadvertently, can contribute to the lamentable fragmentation of the world. Our experience, both inside and outside the church, needs the unifying contribution of Reformed theology more than ever.

Anglican evangelicals have so much to contribute in this regard. We want to teach and live out the experiential priority of new covenant faith, in which the law is written on our minds and hearts, which have been strangely warmed (in the priceless words of John Wesley). But this is only to be understood in the context of defending and prospering the practice of common faith and common prayer, which is less about my personal preferences and more about enjoying the priorities of an alternative city, of which the church by the Spirit is a down-payment from the Lord. The tension between the two goals may be great, but hold them together we must, so that modern impulses for experience and traditional appreciation of our elders are enjoyed simultaneously. Basically, the Anglican Church according to the great Yale historian Jaroslav Pelikan, established by law in England and prizing elsewhere the life of the community in which it is set, is a wonderful example of a Reformed church. Charles Wesley referred to the Anglican Church of his day as “The Old Ship.” How we need more men and women to fish from her!

The Reformations of the sixteenth century were an explosion of energy to re-evangelise the laity, for whom the church had become something observed rather than a body in which to participate. The resulting attempts in liturgy, organisation and doctrine to secure an experience of grace set within the context of nature generated a profoundly new and unifying way of seeing the world through Reformed eyes. Labels can be dangerous, but they can also remind us of traditions we dare not forget. Fragmentation might be our experience, but it doesn’t have to be the final word.